I will show you how things have been going with my second quarter challenge piece. If you missed my last instalment it is here. seascape-progress

I finished adding the green for the vegetation. 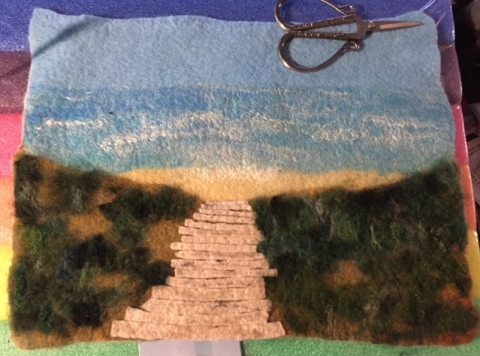 Next, I worked on the flattened serf

First I tried this, 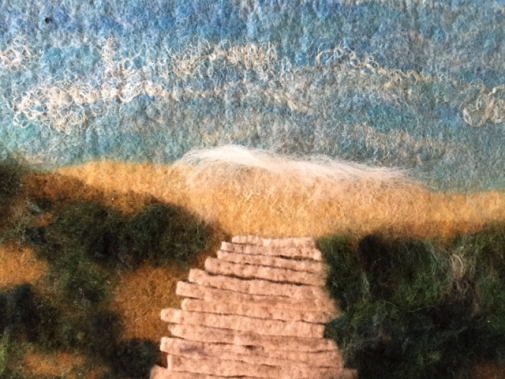 But no, and then this,

And finally, I went back to silk throwsters waste. I also broke the water edge up into 3. 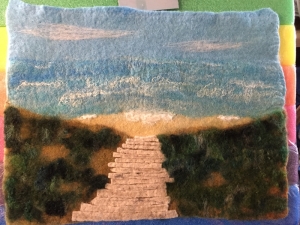 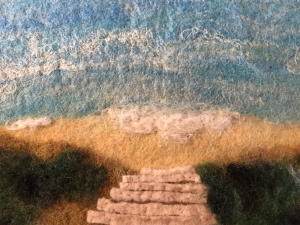 Next moved on to the foliage. I added green stitching here and there to give it a more vertical look. It doesn’t show much but does add to it. I added some handspun yellow that a friend Bernadette made up for me on the spur of the moment when I was moaning about not having the right yellow. 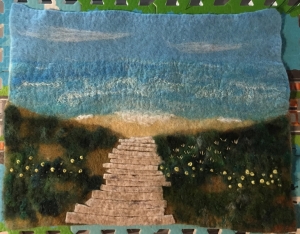 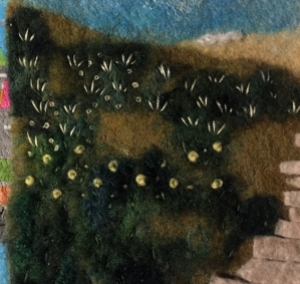 After this, it was just a matter of adding more stitches. I did add more of the yellow to mingle them more and stop them from being a line across the picture.

This is where I am, stitching away and I still need to add a little dark wool between the planks of the path. I had forgotten about that until seeing the pictures. They are more defined in person. 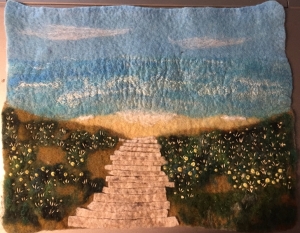 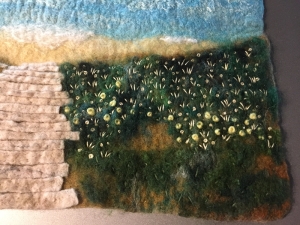 I was going to just keep going with the stitching. The picture if you recall is quite plain but I was finding it boring, and to uniform in proportion. It needs something else. I wondered about a railing. Not this railing I think, it looks like a Japanese character (badly build temple maybe) or something. 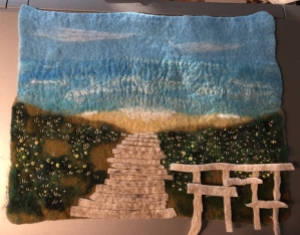 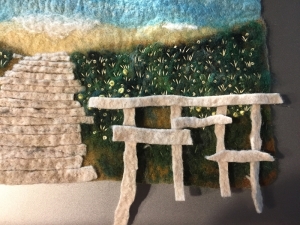 I think I will finish the stitching even if I add something else. Anyone got another idea? I have seven more days to be finished in time.

This site uses Akismet to reduce spam. Learn how your comment data is processed.